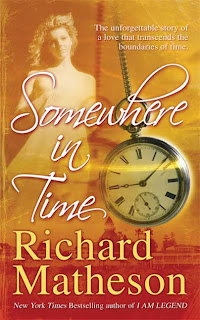 Recently on TV there have been two commercials that play on the notion of time travel.

The first is a Pizza Hut spot that is hyping how their low price is a blast from the plast so to speak and the hapless guy buying pizza wonders if he hasn't accidently travelled back in time. The spot takes it one step further when he meets a young look alike that he urges to "invest in the internet".


Pizza Hut "Price from the Past" Commercial.

The second commercial actually involves a time machine comes to us from Dodge and the re-introduction of the DART as an econo replacement to the Dodge Neon. Bragging that tech so futuristic must have involved a Time Machine it reminds me a bit about the Toyota commercial from a few years back.

How to Make the Most Hi-Tech Car (Dodge Dart)


The Toyota  commercial was bragging about things that are reinvented including of course their Toyota Camry. One included a baby that didn't poop and for no particular reason, other than it was funny, was also a time machine. Personally I am holding out for the rain that makes you skinny.

You might have noticed that there hasn't been much activity on Andy's Anachronisms in a while. Doesn't mean the website or the blog is dead. Far from it.

It's bee a busy year personally and I have been working on drafting up a new design for the website, now heading in to its 15th year. Yes, in one form or another Andy's Anachronisms has been on the internet since February of 1999. Hard to believe.

From its humble beginnings its been a one man show with the ocassional guest contribution. Speaking of which I am always looking for interesting Time Travel and Alternate History references and reviews. If you see something during your travels on the web, don't hesitate to send it my way.

You can leave it here or find me on Twitter @SooGuy68. (see link below)

If there is something you'd like to see a review for or have a question feel free to drop me a line.